What started out as a crazed bird, an old barn window & a slightly terrified person turned into a lesson from the Lord. When I went into the barn to get the lawn mower I heard a not so pretty sound. I realized a bird was in the back flying into a window. I, being the slightly terrified person, got out of there fast. I might have been ducking just in case the bird flew back out the way it had obviously come in.

When I returned to put the mower away the bird was still there. Frantically flapping its wings, slamming into the window, resting & repeating the whole cycle. Other birds were flying in & out but this one apparently had lost it’s way. There really was nothing I could do to help. The ceiling is low & the back of that old barn is full of stuff. The windows don’t even open.

It was pretty fast that I went from seeing a bird to learning a lesson. (Good news- I went out later to get something & the bird was no longer in the barn)

How many times have I started down a path, or tried to, that was never part of God’s plan? I’ve been that bird. I think I know what’s best, make plans, head a certain way, organize & calculate only to find out it was my plan. It’s amazing what I can believe when I really want something.

There’s a difference between a distraction & a direction.

I mean, that bird…there was no way it was going through a closed window. No matter how hard it tried. Me…there’s no way I’m moving forward on a path that God never intended for me or doesn’t want me on. The window is closed. I can throw myself into it all I want demanding my own way. In the end I’m battered, bruised, tired, lonely & frustrated. I can wait for months that turn into years. Waiting right at that path I want to travel. Waiting for God to open the window.

A distraction will keep me busy & prevent me from bearing fruit. A direction from the Lord, well that’s a different story. I might still be bruised & weary but there’s purpose & hope there. It’s the next step toward another growth opportunity.

I can stay at the closed window full of pride feeling defeated or I can get up, prayerfully seek the Lord for His direction & humbly follow him in victorious obedience.

Forgive me for being that bird, Lord. 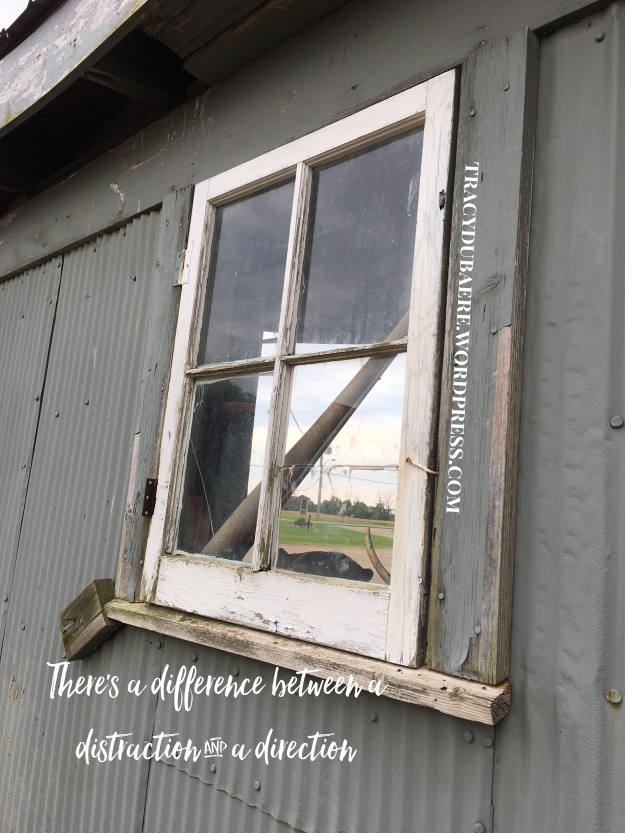 In 4 days I’ll be 48 years old. The number doesn’t mean much at all. What matters is what weaves the years together. Some would call it my story. I see more than a story. I see a broken mess pieced together by redemption & change. I actually see many “stories”. Lord willing, one day I’ll be able to share them all.

Psalm 19:14 May the words of my mouth and the meditation of my heart be acceptable in Your sight, O Lord, my strength and my Redeemer.

Scripture memorization doesn’t come easy for me. This verse is planted deep in my heart. I start each day with it. A new day. My words & what flows from my heart is who I am. I can pretend all day long that I’m something else but that’s not what honesty is. Change. I’m called to constant change.

I’d love to erase a bucket full of things but I can’t. The truth is, as painful as some life situations were (are) I can honestly say that there was change in me that occurred afterward. Change that I’m trusting God could happen no other way.

I see the me before Christ & the me after. The me before barely had any tools to be able change. There’s no hope in self. It’s the after that got me. I have the source of all now. Change before Jesus meant changing to become more like the world & that was empty. Change after is a refining process rooted deeply in the Father.

Dear weary one, I feel the weight of weary too. I can’t stop loved ones from dying. I can’t make prodigals return. I can’t prevent diseases from happening. I can’t stop abuse. I can’t ease loneliness & sorrow. I can’t end people attempting to create their own kingdoms. I can’t keep friends from leaving. I can’t shut off lying & deceit. I can’t undo addictions. I can’t. What I can do is pray & trust. So can you. Heaven is where there is no pain, not here. I thank God from the depths of my soul for sending Jesus to take my sin & punishment. I believe in Him. I’ve surrendered my life to Him. He has saved me. Through that I can forgive & I can change. Hear my words….it’s not easy.

The Lord will lift the fog in his time. It’s there for a reason. Despite my weak knees, I think it’s time for me to get on them more. I can’t see over the fog but I can trust Him to walk me through it.

My days are in His hands.

Lord, you’ve blessed me with salvation & thank you seems so small. You know my heart & it’s devoted to you. I pray for my words & thoughts to be yours alone. Help me to forgive others completely through your grace & mercy. Thank you for the trials & for never leaving my side. I pray that you can use the days that I have left on this earth to help others & to share your hope. Forgive my human flesh & the mistakes that I make. May I follow after your Will & not my own desires. You are my Rock. My Redeemer. My anchor. I pray that you can fill all the empty voids inside me. Help me to see clearly through the fog. My life is Yours, Lord. In Christ forever…Amen.